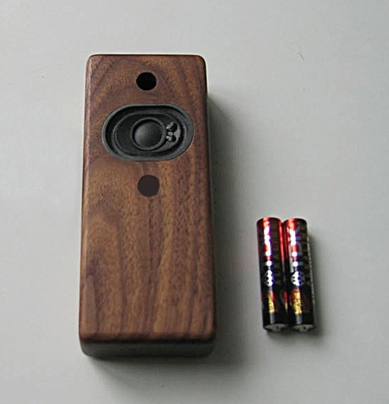 On Friday, September 28th, 2007 at h.19:00 the first edition of the SOUND_BOX by the German artist Achim Wollscheid will be shown in RAM – radioartemobile in Rome.

Achim Wollscheid is an internationally operating multimedia artist, whose work focuses on the interaction with public space through the construction of audio-visual systems that define and modify the people’s perception of a given environment.

Since 1995, Wollscheid has been working on the idea of a portable unit, the SOUND_BOX, able to monitor and record sounds from an environment, transform them according to a flexible compositional program and re-play them in real time, thus reworking sound in order to re-sound space. The project was born with the conceptual intention of creating a sound void inside a non-delimited space, an intention which was technically unfeasible with current instruments; Wollscheid has therefore re-elaborated this idea into the construction of an object, capable of picking up and transform the actual sounds of an environment, generating a range of sounds stacked to the ones it receives and processes. It took years of work to reach the current state of the project, its developing and programming, and to have the technical construction to realize this idea, for until now the object would have been – with all its boundary needs – too big to be handled and carried by anyone. The recent development of a new micro-IC has allowed the SOUND_BOX to be realized in a portable format, thus making it technically feasible according to the artist’s original idea.

The artistic idea of the SOUND_BOX is to raise people’s awareness of their environment, through the object’s influences on the space. The action of the SOUND_BOX deeply modifies the perception of the characteristics of space, creating a new, specific and variable configuration of it from its own and actual sounds.

SOUND_BOX has been developed in collaboration with Dirk Witschke, who curated the C++ programming, and Thomas Baumgart, who conceived and designed the hardware.

If you need any detailed information about the project, please don’t hesitate to contact us.