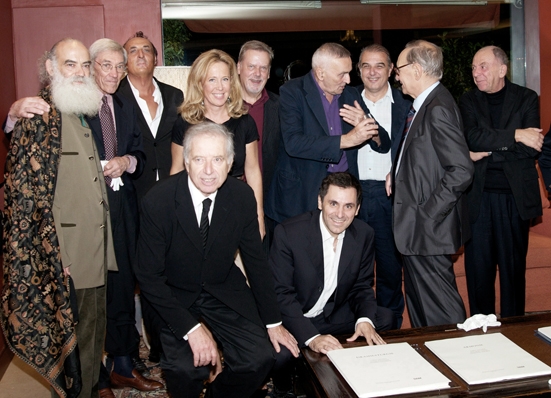 Dialogue between different languages is one of the keys to contemporary art and with this aim RAM and Arnoldo Mosca Mondadori have createdthe series Le arti (The Arts). The series has with each volume run the hypothesis of dialogue between literature, art and music, inviting three of the major Italian representatives of contemporary musical, visual and literary research to study given cultural macro-themes with such affinity between them as to be proposed as a single work. The classic organisation of the book has been upturned from within. The volumes have been released as luxury editions. The predominance of white suggests great attention to the proposal of an object that is artistic even in its refinement. Each mark, each engraving, each word finds consonant space with which to please, flowing from the eye to the mind with great intensity.