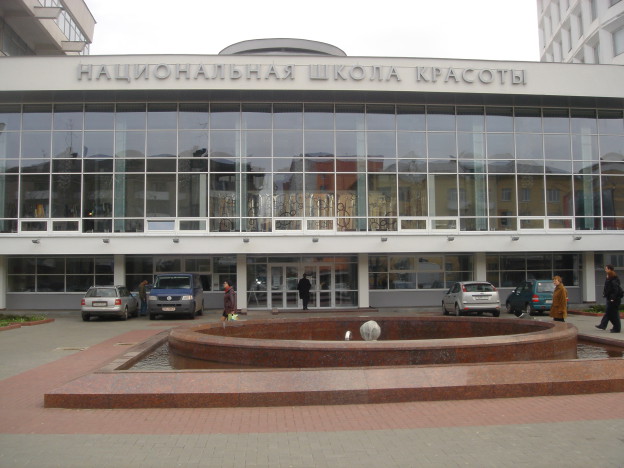 The National School of Beauty hosts the Third Paradise.

The Third Paradise has already taken place at: San Servolo – Venice (in 2005, in the context of the Venice Biennial); Fondazione Orestiadi – Tunis; bunKerart, Milan and at the National Centre for Contemporary Arts, Moscow, organized and promoted by RAM radioartemobile (2007).

In this new edition The Third Paradise shows new evident enlargements in its structure. The installation springs from Michelangelo Pistoletto’s New Infinite Sign that is the conceptual centre of the exhibition and extends throughout the exhibiting space.

The installation is constituted by Michelangelo Pistoletto’s mirror works made in aluminium which bear the New Infinite Sign throughout the gallery and create an infinite repetition of the sign.

Together with the mirror works, the installation includes Michelangelo Pistoletto’s Rags Orchestra (Orchestra di stracci), which recalls one of Pistoletto’s major works Venere dei Stracci (1968), and also a “voice sculpture” entitled Mama by Gianna Nannini which fuses itself with the whistling sound of steam from boiling kettles Rags Orchestra.

The new edition of the Third Paradise includes a new cycle of “Witnesses” curated by Angelo Capasso. The new Minskian witnesses involved in the Third Paradise are important personalities belonging to the world of visual arts and science, and for the occasion involves the world of music. Some Belarus musicians have worked on Gianna Nannini’s Mama proposing new original interpretations of the melody.

The Minsk show also includes the event Fashion and Recycle. Design by Pietra (Moda e riciclo. Design by Pietra), which integrates with the Thirds Paradise and gives the whole context new meaning through fashion design.

For the occasion a catalogue describing the whole history of the Third Paradise, including this new Minsk edition has been published.

The exhibition is promoted by the Embassy of Italy in The Belarus Republic in Minsk.