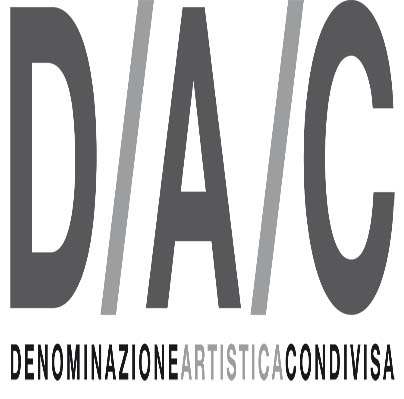 On January 30th at 18.00 at the Hotel Hassler in Rome RAM radioartemobile promoted and organized the round table entitled PRODUCERS vs ARTISTS. Around this table conceived and created for the occasion by Fabrice Hyber, artists Gianfranco Baruchello, Yona Friedman (with a pre-recorded intervention) & Jean-Baptiste Decavèle and Fabrice Hyber, boasting multiple experiences of artistic ‘interference’ in various areas of both civil and entrepreneurial life, met businessmen Ovidio Jacorossi President of FINTERMICA 2 SPA, Rome, Marcello Zaccagnini Sole Administrator of the Zaccagnini wineries in Bolognano and the oenologist Alessia Antinori from the Marchesi Antinori wineries in Florence.

The debate was moderated by Chiara Parisi, Director of cultural programs at La Monnaie, Paris.

For the occasion RAM created and presented a preview of the registered trademark D/A/C aimed at creating a dialogue between different ways of seeing the product, a Shared Artistic Denomination (Denominazione Artistica Condivisa). The artists present at the debate are proposed as “idea sponsors”, turning the traditional role between art and business on its head and overcoming the concept of the sponsor as nothing more than the mere presumption of profit in terms of image. With their creativity the artists can give added value to the business. As stated by Gianfranco Baruchello, the artist offers his or her language born from the territory of uncertainty and open possibilities and can give the business the impetus and courage to rise out of these fixed concepts and accept a parallel thought to the dominating economic one. Alongside the intelligence of the producer a parallel intelligence can co-exist that includes dreams and imagination. Fabrice Hyber evoked his experiences in certain companies where he was able to produce totally new conducts. Jean Baptiste Decavèle wished to give a specific form to this change, born as always from improvisation, a statement that was in turn confirmed by Yona Friedman in the wonderful recording made for the round table in which he described his mobile architecture – light, environmentally friendly and determined by the user – hoping for an architecture free from sponsors, closer to art.

Ovidio Jacorossi declared that for him contemporary art has for years constituted a continuous solicitude, affirming that it is impossible to bring contemporary art to the world of business if the company does not place man at the centre. He underlined the need of strong interventions in this moment of crisis and insisted also on the role of the gallery owners as mediating figures in the encounter between artists and businessmen. Alessia Antinori highlighted the link between her company, the art that for centuries has been linked to the production of the wineries and the territory, including the landscape in the communicative business strategy. Marcello Zaccagnini told of how he was contaminated by the world of art through a performance by Joseph Beuys in his winery in the early eighties.

Further interventions were made by Massimo Sterpi, lawyer and President of the Bar Association Contemporary Art Committee, who cast doubts on business collection that risks ending up collecting corpses, and Simonetta Lux, Professor of contemporary art at the Sapienza University of Rome, with a nice testimony to company artistic interference.

As mentioned in conclusion by Baruchello, artists offer the imperceptible, a dust cloud of ideas and it is up to the businesses to act as magnets to attract it.

From this was born not only the desire to meet again but to formalise this first round table by founding a MOBILE CLUB, of which artists and businessmen alike are members, with the common goal of sharing creativity and productive processes.

The encounters are broadcasted live on RAM LIVE. All the debates are available on the website www.dacmeetings.com