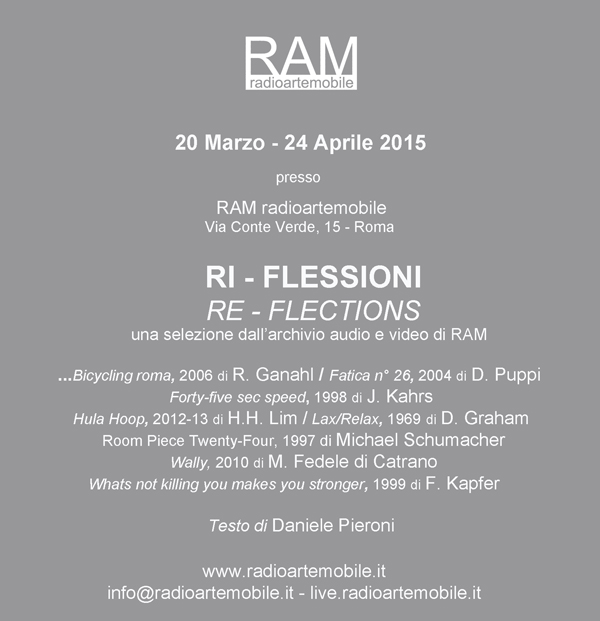 The exhibition RI-FLESSIONI (RE-FLECTIONS) aims to showcase that side of artistic action that often remains in the shadows: constant exercise, cast-iron discipline, perseverance.
In the current cultural system, which is strongly characterised by economic mechanisms, rather than research and creation what is favoured is instant results, prizes, Guinness records. In this context the ARCHIVE, as a live recording of history, restores memory and creates antibodies against the risk of culture and identity loss.

with a text by Daniele Pieroni